NSSF Economic Growth Report, or how the peaceably armed citizen is leading the economic recovery of the U.S.

According to an NSSF study detailing economic growth in the firearms industry.  According to the report 26,325 jobs have been created in the last two years by firearms manufacturers.

Use the links to ask them why they wish to curtail your right to keep and bear arms, and why they would knowingly associate with criminals.

Today while browsing Amazon, I saw the second book in the series. It's free, gratis, no money spent on obtaining the dead pixel version of this series.

When the HuffPo offers you chocolate. sniff it first

Because it might be a load of bullshit instead.

Labels: 2A, We're the government, What a pair

Begging to go to work, the curious case of why your interior designer goes through more hurdles than the local paramedic to earn a living..

Seeking permission to work, the idea of occupational licensing for a number of lower paying occupations is something many Americans are being required to seek now more than ever.  The Institute for Justice recently completed a study that delves into this subject.

66 occupations have heavier licensing requirements than being an EMT,  literally someone who holds your life in their hands faces less licensing regulation than say, the most heavily regulated occupation. that of an interior designer.

Corporate welfare? For the gun industry? In this era, where gun sales are going through the roof?

"It's time to take the Second Amendment out of all the "cold, dead hands." " - Jack Bray

I suspect that Jack would want some federal or local police agency to do the taking.  Jack, anytime you're feeling froggy though, Molon Labe!
Posted by TotC at 5/10/2012 07:31:00 AM No comments:

Whereas it's perfectly legitimate for Fido to have his manhood swingin' in the breeze, hang a set of plastic testicles from your truck and that is somehow offensive.

Labels: fighting back, Nuck that foise, pants, what pants?

In listening to part of his address, he lays the claim that New Jersy had more state workers per square mile than any other state in the union.   This led me to think what hundreds of faceless drones indifferently bleating,  "We're the government and we're here to help." would look like.

Recently The Daily Show, through it's comedic premise highlighted HB 1621 here in Missouri.


Featured was Representative Wanda Brown, the author of the bill was asked if anyone has ever been discriminated against by their employer for owning guns.  Ms. Brown could not cite an example, but rather claimed this was a preventative bill. It is there to stop any future occurences of discrimination by employers.

Human rights are there for everyone.  People demand we codify these with laws and legislation.   We might not like what someone chooses to own or how they choose to live their life, but that doesn't mean we should deny them the chance to do so.  If you don't stand up for what someone else believes in, how can you ask them to stand up for what you do?

Labels: 2A, fighting back, We're the government

"You know, that Obama sure talks a lot of class warfare for a guy born with a golden lab in his mouth" Bill Whittle 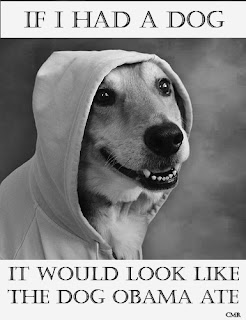 
My buddy Curt had this in his collection for the ride to Memphis a month ago.   The name of the band had me predisposed to thinking it was a death metal band of some sort.  Not in the slightest.  Just good ole' American Rock n' Roll.
Posted by TotC at 5/04/2012 06:00:00 AM No comments: