The only citizens — non-law enforcement/non-military — who are mentally stable enough to carry a loaded gun in public are those who refuse to do so.

But not even the military can carry their guns in public.  When was the last time you saw a service member on U.S. Soil with a loaded weapon on their person?

Ken Trainor can go and just fuck off.  The only people mentally stable enough to carry a concealed weapon are those willing to do so.

sharp, I am not, yet my knife is 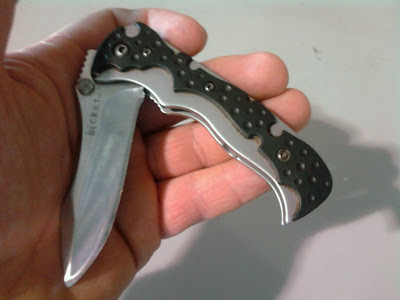 Yep, and this is shocking how?

Neil Cavuto is generally an ok guy.  But, this low hanging fruit was too easy not to pick.

USPS employees are the equivalent of Douglas Adam's Vogons

So Joe Huffman tells his tale of renewing his P.O. Box contract.  Joe makes a reference to the Vogons, which is an apt description, from the wiki.

The Vogons are a fictional alien race from the planet Vogsphere in The Hitchhiker's Guide to the Galaxy series by Douglas Adams, who are responsible for the destruction of the Earth, in order to facilitate an intergalactic highway construction project. Vogons are slug-like but vaguely humanoid, are bulkier than humans, and have green skin. In the motion picture they are depicted as having greyish white skin. Vogons are described as mindlessly bureaucratic, aggressive, having "as much sex appeal as a road accident" and the writers of "the third worst poetry in the universe". They are employed as the galactic government's bureaucrats.

My google search yielded this.  Lord help us, poetry by postal workers.  Is it Thursday, I could never get the hang of Thursdays.

Labels: things that make you go hmmmm?, too damn funny, We are the government.

DHS: I believe it has actually

A report by the Government Accountability Office lauds DHS for making significant strides in implementing security changes but also states it has yet to reach the full potential of the department.

"Eight years after its establishment and 10 years after the September 11, 2001, terrorist attacks, DHS has indeed made significant strides in protecting the nation, but has yet to reach its full potential," the report reads.

If you considering molesting young children and inappropriate touching to be successful, then your metric is valid.   A valid response is to scorn these wasters of breath and shun them for what they are, opportunistic sexual deviants.

Labels: Chutzpah, Nuck that foise, We are the government

This last weekend, I went and crewed for a friend for his race car.  The music for the trip invariably has some Drive By Truckers in it.  This song was on one of the CD's we listened to.  Pretty good road music to tow a race car to.
Posted by TotC at 9/09/2011 07:40:00 PM No comments:

E.D. Kain wrote an editorial in response to this blurb. Mr. Kain shows his ignorance in who gets to interpret the Constitution with this gem.


I’ve never interpreted the right to bear arms as the right to own any damn gun you want. The Second Amendment was written when arms consisted of flintlock muskets. You had to actually work to load one of those things (I loaded one once, a very long time ago, and while I’m sure you get better at it with time, it’s not a quick process).

Well there E.D., back when the constitution was written, we didn't have e-mail, the internet, nor television either. See, technology has changed, and for the better. I can write this piece and publish it in my own little corner of the internet. Just like I can load my semi-auto handgun and take a trip to the local range and blast holes in paper zombie targets as fast as I can pull the trigger. He goes on about how carrying weapons has not stopped these attacks. Note though, that the National Guardsmen that were murdered in Nevada, were not carrying weapons on themselves. He seemingly cries that somehow an armed citizen should rush in and have a gun fight with the attacker.


The logic behind carrying weapons to prevent these sort of shootings also strikes me as fundamentally flawed.